For more than 100 years, Hilton has spread the light and warmth of hospitality across the world, creating a portfolio of hotels that not only excel at offering world-class services and amenities, but also purposefully adopt local cultures, lifestyle and a general sense of place reflected in the architecture and designs. This philosophy of adopting the feel of a hotel’s surroundings is especially evident in properties that have a significant historical value; making Hilton keen to preserve the property’s architecture and décor while combining the modernity of offerings and amenities to offer travelers an authentic, artisanal experience.

From a historic train station in St. Louis to a colonial fort in the Bahamas, and a one-time bank headquartered in Amsterdam to a chocolate factory in Croatia, here are just eight of the many Hilton hotels that allow guests to indulge in culture and comfort.

Built in 1894 in what was once the most ornate railway terminal in the United States, this National Historic Landmark in downtown St. Louis was converted to a hotel in 1985 and is well-known for its iconic Grand Hall, a lobby lounge area with 65-foot ornate vaulted ceilings on which a dazzling 3D light show is projected nightly. 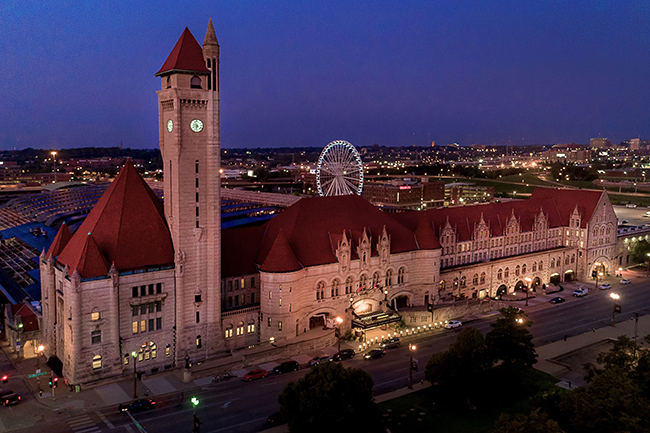 The hotel is located in “Casa San Agustin,” a registered historic building in Mexico that was built in the 1800s by Bienes Culturales de Mexico, the Instituto Nacional de Antropologia e Hisotria, and the Nacional de Bellas Artes. Considered an architectural jewel, the building has been used for accommodation purposes since its beginning. Various restorations have preserved much of the original exterior façade’s style, including ajarcas—moldings and ornaments that were combined with tezontle exteriors in that period. 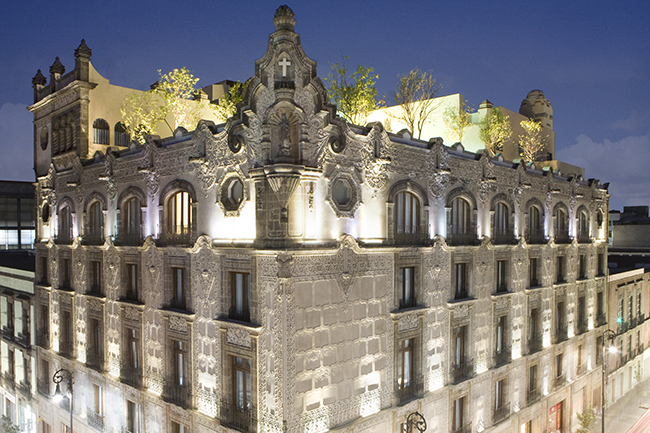 Sitting on the Old Fort of Nassau site dating back to 1695, British Colonial Hilton Nassau is the island’s oldest resort operating in a historic building. Demolished in 1873, the Old Fort was built to protect the Nassau Harbour’s western entrance, specifically from pirates. The original hotel was built by American industrialist Henry Flagler in 1900. The existing concrete building, known as the New Colonial, was constructed in 1923, after the original wooden building was destroyed by fire. The hotel’s western wing was built on these ruins. 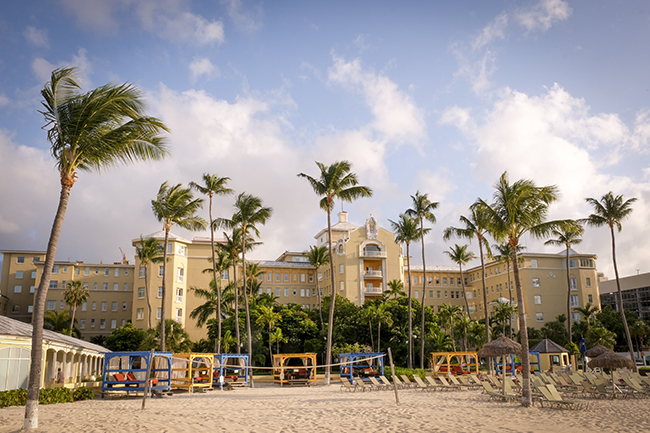 The hotel’s 93 rooms and suites are housed inside six 17th- and 18th-century buildings facing the historic Herengracht canal. As the former headquarters of a bank, the hotel is still home to the original, thick-steel vault door, which stands in front of the aptly named Vault Bar. Behind the bar itself, a wall of safety deposit boxes is propped open, with some serving as bottle shelves. 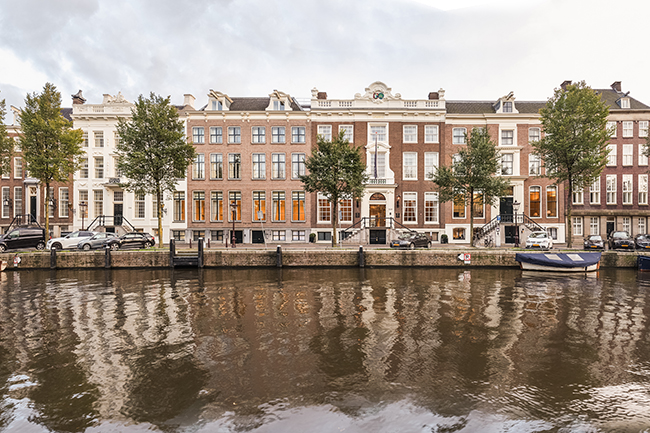 Once the site of an ironworks factory dating back to 1908, DoubleTree by Hilton Fontana Park pays homage to the building’s former life, fusing modern design with original character. Complete with an open-air courtyard and beautiful waterfall, the hotel provides a calm oasis for travelers after a busy day of sight-seeing in the Portuguese capital. 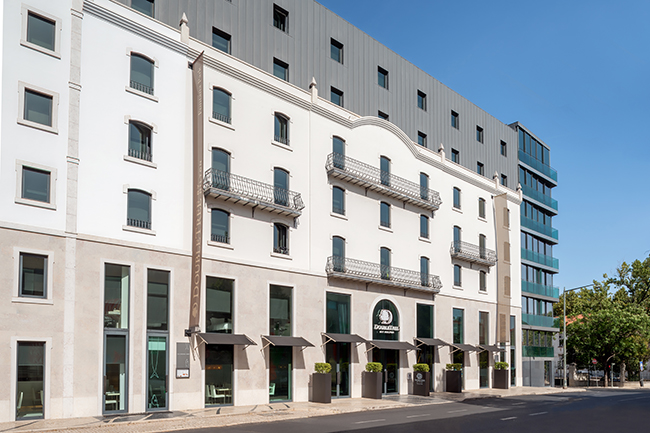 Once home to the Union chocolate factory, the first chocolate maker in South Eastern Europe, the hotel is one of the Croatian capital’s newest lifestyle hotels, where guests are presented welcome gifts of handmade chocolates upon check-in. Finding themselves located in the heart of the city, travelers are encouraged to grab a Canopy Bike and follow the brown tourism signs throughout downtown toward the Croatian National Theatre, historic Upper Town, museums and the stunning Zagreb Cathedral. 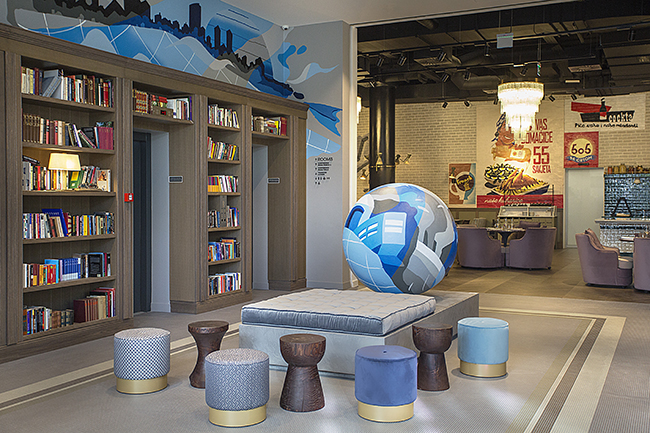 Housing the renowned Marble Bar—a 127-year-old underground bar—Hilton Sydney is built on the ruins of the Tattersalls Hotel. Marble Bar features authentic sheets of plate-glass mirrors, marble walls, pilasters and mosaic floors. Originally built in 1893, the Victorian structure was painstakingly dismantled, transported and reassembled in Hilton Sydney in 1973—where the restored mahogany bar and marble archways still awe guests to this day. 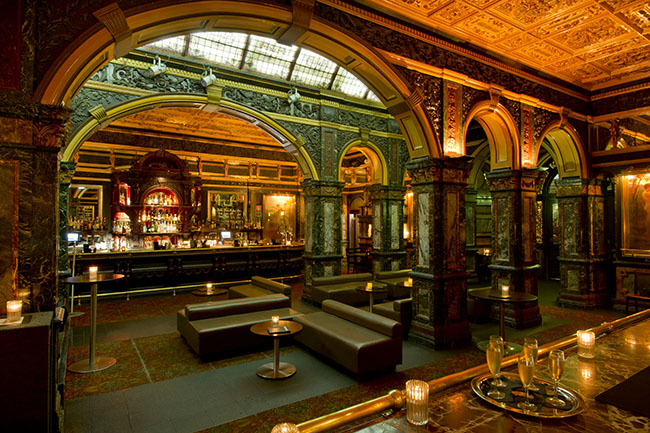 Once the renowned Shanghai Club, the hotel retains much of its original design, offering guests a unique taste of Shanghai’s heritage and culture, all while enjoying unparalleled service, award-winning cuisine and views of the majestic Huangpu River. The historic building was built in 1864 and used to be the principal men’s club for British residents in Shanghai. The hotel is suitably located near the iconic Bund, featuring waterside strolls and shopping. 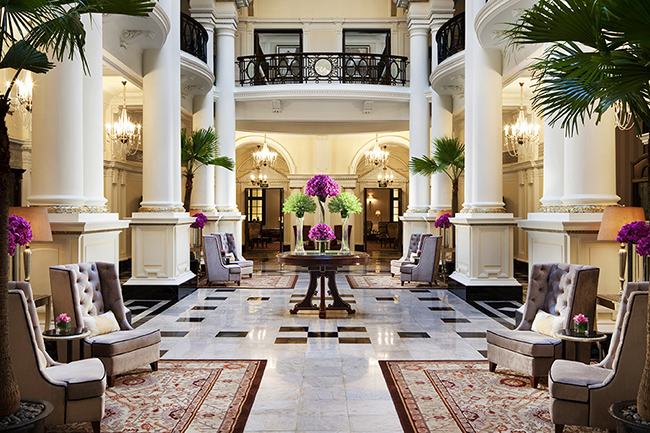