With Hollywood’s television award season officially kicking off this month, TV lovers can create an award-worthy vacation by set-jetting, a travel trend where fans visit the filming sites of their favorite TV shows and movies. According to Business Destinations, screen tourism has inspired more people to travel and has even helped to boost economies around the world.

Travelers looking to escape reality for a few days can have a blast exploring familiar places through the lens of their favorite TV characters. Fans of “The Marvelous Mrs. Maisel” can walk through the streets of the Big Apple as if they were Midge Maisel on her way to the Gaslight Cafe.  “Thronies” can plot different ways to steal the Iron Throne while exploring the streets of Dubrovnik.

Check out the below TV series-inspired locations to experience a destination through the eyes of this year’s nominated TV characters.

Fans of “Veep” will love how close Conrad Washington is located to iconic sites in the nation’s capital. Situated in the popular City Center area of world-class shops and tasty restaurants, the hotel is less than a mile from main character Selina Meyer’s home at the White House. Guests can also visit the Daughters of the American Revolution headquarters (about 1 mile from the hotel), which served as the primary filming location for the show’s pilot episode. With its luxury accommodations and the unique Chesapeake-inspired restaurant Estuary, Conrad Washington gives guests the opportunity to live like a VIP. 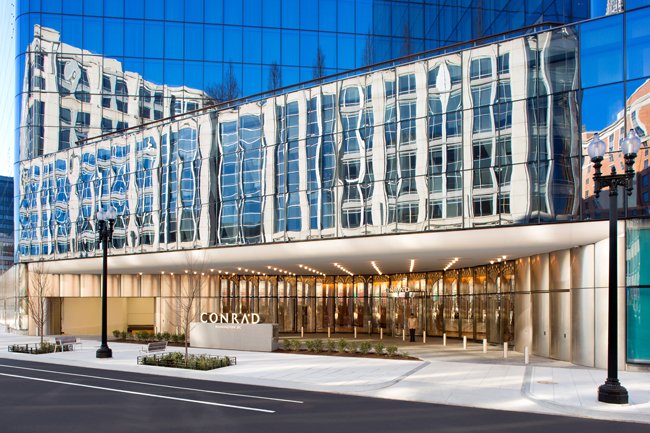 Even though the “watch has ended” for viewers, fans of the popular TV series can still roam through the streets of King’s Landing, one of the main settings for the show. Croatia’s Old Town Dubrovnik has served as a primary filming location since the second season, and visitors can walk through Pile Gate, the gateway to Old Town, or down the baroque stairs at the Church of St. Ignatius of Loyola. A stay at Hilton Imperial Dubrovnik offers guests stunning views of Dubrovnik’s Old Town and the Adriatic Sea, as well as a relaxing place to unwind after exploring some of the show’s most important filming locations. 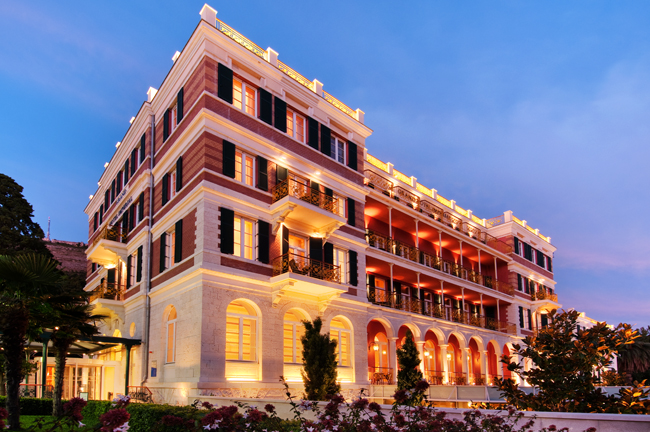 Fans of the show will enjoy a stay at Hilton Garden Inn New York/ Tribeca, given its proximity to some of the show’s most recognizable filming sites. The Gaslight Cafe, where Midge begins her standup journey, was an actual coffeehouse and music venue between 1958 and 1971 and is now a cocktail bar a half-mile north of the hotel. The hotel is located within a mile of Greenwich Village, allowing guests to visit recognizable spots like The Music Inn instrument shop and music store, The Village Vanguard jazz club and Washington Square Park. Guests looking to explore Midge’s neighborhood can hop on the subway at Canal Street Station, located across the street from the hotel, and head uptown to her Upper West Side neighborhood. With the hotel’s prime location in the vibrant Tribeca neighborhood, guests will enjoy the on-site AOA Bar & Grill, the hotel fitness center and complimentary Wi-Fi that makes it easy to stream the show. 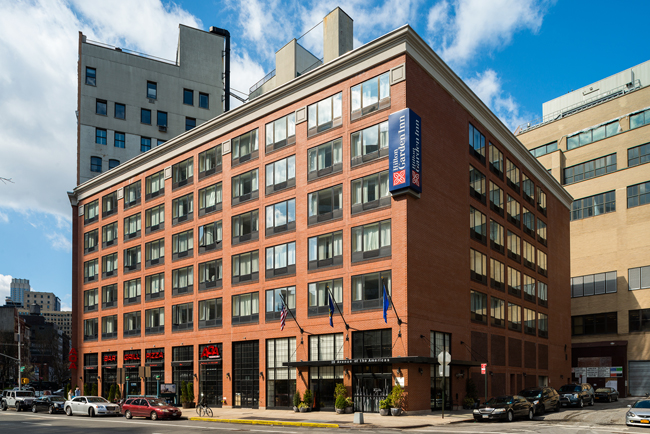 Much of this show is actually filmed on-site in Albuquerque, including at spots like Loyola’s Family Restaurant, where the main character Jimmy McGill tries unsuccessfully to acquire new clients, or at the drug kingpin Tuco Salamanca’s lair, which is actually a quaint coffee shop called Java Joe’s. Fans can stay at Hotel Andaluz Albuquerque, Curio Collection by Hilton – which is less than 5 miles from many of the filming locations. Visitors to the LEED Gold certified hotel will enjoy Spanish-inspired decor, as well as the on-site restaurant MÁS Tapas y Vino and a rooftop lounge with signature cocktails. 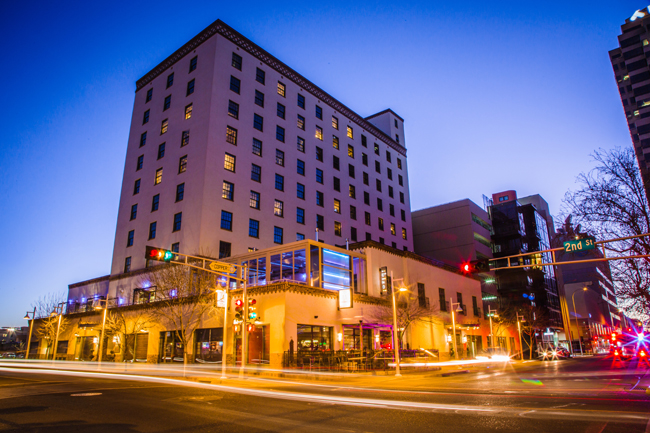 A trip to The Trafalgar St. James London, Curio Collection by Hilton will allow fans of the BBC comedy to visit some of the show’s various filming locations around London. Smith & Wollensky is located less than a half-mile from the hotel, and fans will recognize it as the place from the first episode of season two where main character Phoebe dines with a set of acquaintances. The hotel is also less than a 30-minute tube ride from the show’s Guinea Pig Café, which is a functioning eatery, sans guinea pigs, that’s actually called the Bold Cafe & Restaurant. Along with an optimal location in Trafalgar Square, The Trafalgar St. James has an open-air rooftop bar and unique dining options like Rockwell, a plant-filled hideaway with botanical cocktails and an enticing food menu. 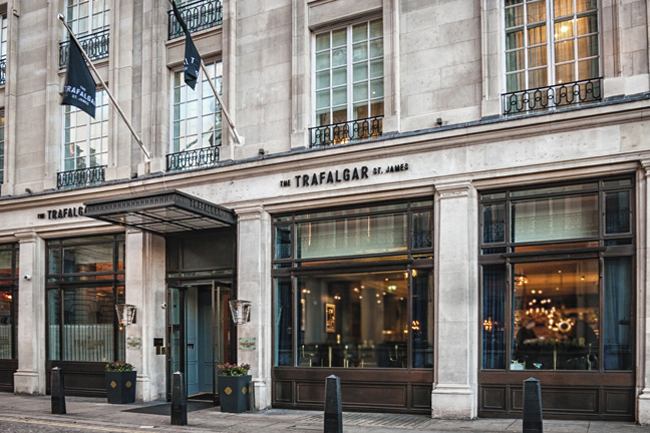 Travel to the historical Hilton Paris Opera, where “Killing Eve” fans can explore the hometown of Villanelle, one of the show’s main characters. The hotel is located about a mile from Place Vendôme, which served as the backdrop to the visually stunning meet-up between Villanelle and her handler, Konstantin. Less than 2 miles from the hotel, Gare de l’Est will be a draw for fans, who’ll recognize it as a filming location for the opening episode of season two. Fans can put themselves in Villanelle’s shoes and wander along the same Parisian streets she walks, such as Rue Guénégaud and Rue Mazarine, all located within 3 miles of the hotel. Hilton Paris Opera is located in the lively Opéra Quarter and offers chic Parisian decor and fine dining options, including the beautifully decorated Le Grand Salon. 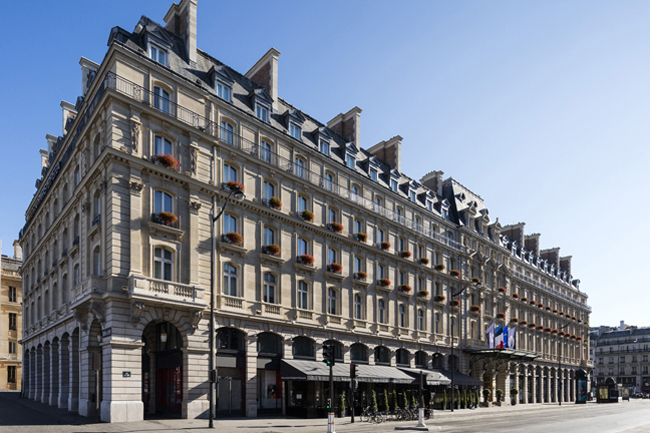