Seven Michelin starred restaurants to discover and devour across Europe

LONDON, United Kingdom - Travellers with a taste for upscale dining can combine incredible culinary experiences with some of Europe’s most desirable destinations, following the news that Hilton’s (NYSE:HLT) hotels are now home to seven Michelin stars across Europe. Great stays and great food go hand in hand – and none more so than with hotel restaurants that have achieved the much-coveted accolade of a Michelin star. This epicurean equivalent of the Oscars allows guests to graze (or gorge) on the finest food and drink without even leaving their hotel, all guests have to decide is where to start…

Under the guidance of world-famous Chef Heinz Beck, La Pergola has become a temple of international gastronomy, historically the first and, still today, the only three-star Michelin restaurant in Rome.

In the magnificent setting of the Rome Cavalieri, a Waldorf Astoria Hotel’s panoramic roof garden, the restaurant has breath-taking views over the Eternal City.  The largely Mediterranean-influenced creative cuisine is enhanced with bespoke wine pairings to suit every palette and preference. 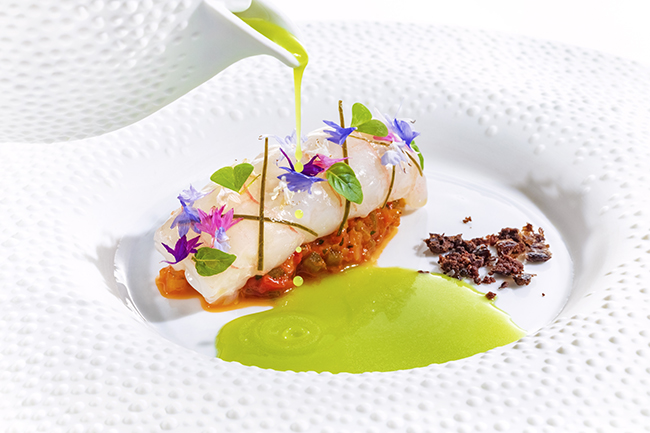 Led by two Michelin star chef Sidney Schutte, Spectrum is a dynamic restaurant with a proud Dutch heritage, specialising in vegetarian cuisine. Using the finest locally sourced ingredients from Netherlands’ farmers and North Sea fisherman, his dishes look as spectacular as they taste.

Waldorf Astoria Amsterdam is situated in a typical canal-side building oozing understated class and a picture-perfect location. The restaurant provides a modern and stylish location to enjoy a unique fine dining experience. 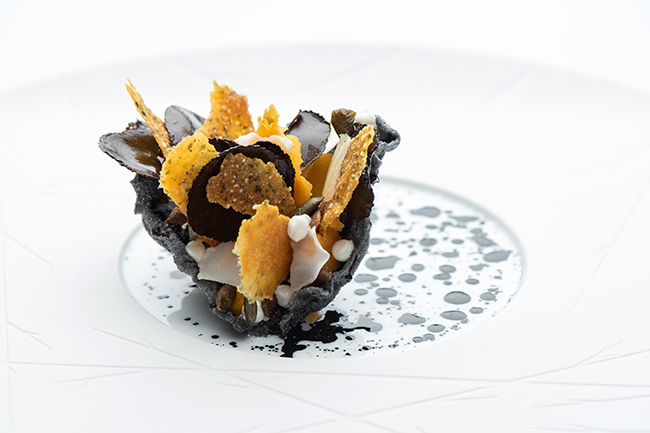 This March, Gordon Ramsay au Trianon restaurant, a fine dining address located in the iconic Waldorf Astoria Versailles - Trianon Palace, had its Michelin star renewed. Back in November 2021, it was also awarded three Gault Millau toques and a score of 16/20. Chef Gabriele Ravasio, who has headed up the kitchen since January, designs the five or seven course menus hand in hand with the iconic chef himself. The menu blends traditional French cuisine with Japanese aesthetics and precision, executed using carefully selected local produce.

Offering a majestic setting in this legendary palace, the terrace of this contemporary restaurant overlooks the lush gardens of the Park of Versailles in one of France’s leading luxury retreats. 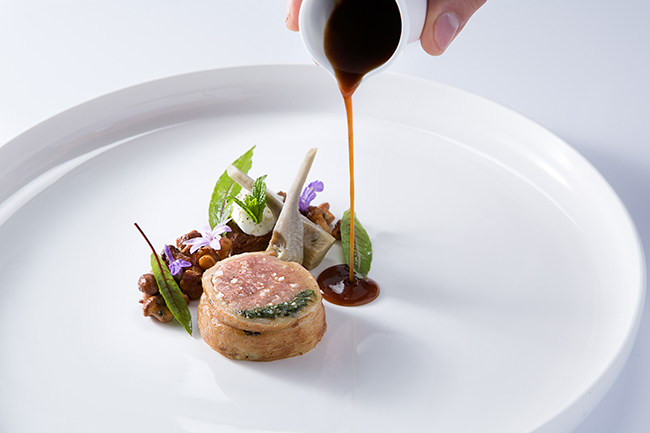 The restaurant is located on the 5th floor of this stunning new hotel and boasts breath-taking views over the Adriatic. From creative dishes in the restaurant to evening cocktails in the airy lounge, this vibrant Michelin-starred fine dining destination allows guests to experience new heights in Croatian gastronomy. 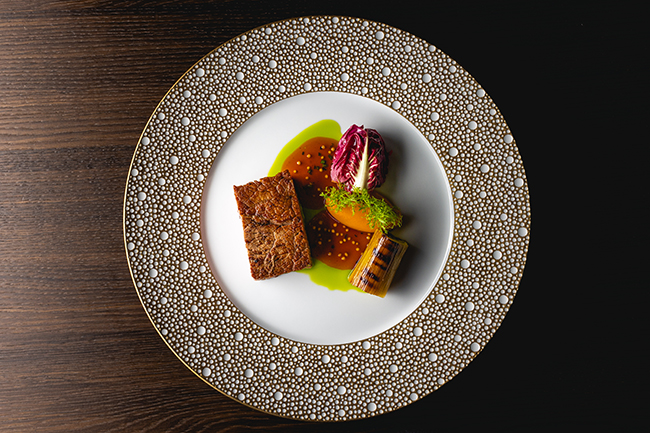 Only two months after the re-opening of the Mountain Hub Gourmet at Hilton Munich Airport, the fine-dining restaurant was awarded with its first Michelin star. The 33-year-old chef, Stefan Barnhusen, spoils guests with modern Alpine cuisine which he describes as “modern purism vs. playful opulence”.

Diners are seated in a unique semi-circular floor plan, from which they can admire the restaurant’s contemporary design. Overlooking the property’s manicured landscaped gardens, the Mountain Hub Gourmet at Hilton Munich Airport is perfect for both a lavish layover or a destination dinner in its own right. 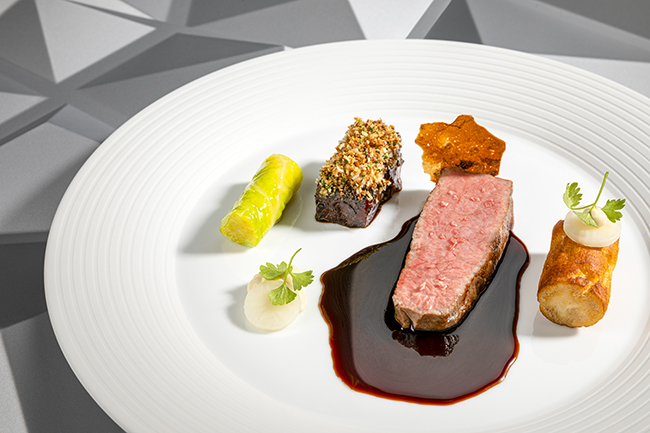 Vibrant Mediterranean cuisine meets cutting-edge Scandinavian design in Michelin-star restaurant, Gusto by Heinz Beck. Making his second appearance on this list, Heinz Beck is one of Europe’s most respected and revered three-Michelin-star chefs, who presents an innovative menu of classic Mediterranean cuisine with modern flair, establishing Conrad Algarve as a leading gourmet destination in the Algarve.

The contemporary signature restaurant features a lively open kitchen, a Cuban cigar menu and a terrace dining setting with majestic views to the resort’s infinity pool. 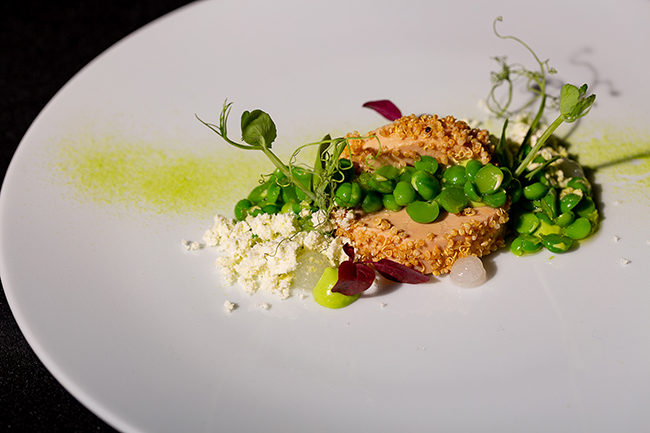 The surprising location in the lobby of Hilton Diagonal Mar Barcelona features two bars where diners can eat while watching the chefs prepare dishes right in front of them for a dynamic and engaging culinary experience. 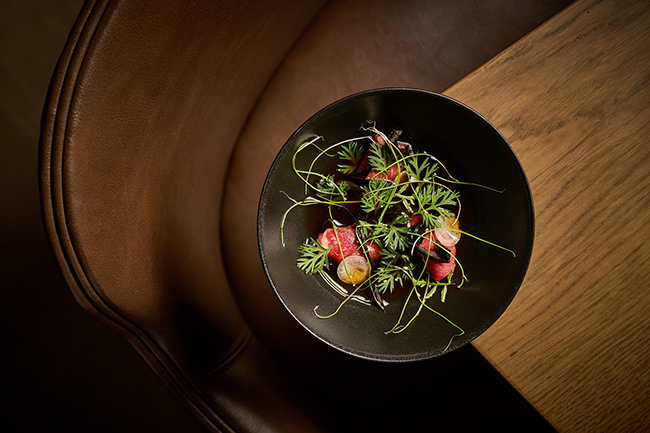 To find out more, join the conversation @TasteOfHilton