Autumn fun is a-brewing as beer makers large and small welcome suds seekers to their establishments. From Allagash Brewing Co. in Portland, Maine to Avery Brewing Co. in Boulder, Colo., there are countless options on tap.

To help quench the thirst of adventurous road trippers, Hilton Garden Inn crafted a list of cities that offer cool brewery experiences. For those who want a designated driver for their excursions, Hilton Honors’ partnership with car-ride service Lyft provides an easy solution. Members who link their Hilton Honors and Lyft accounts receive Points for every dollar spent on rides. Members can also redeem Hilton Honors Points for Lyft credits.

So, create those travel playlists (consider adding in Luke Combs’ “Beer Never Broke my Heart”), pack your flannels and get ready to raise a glass during a visit to these five destinations.

This sunny city overflows with breweries, with more than 150 at last count. Perhaps that’s why it’s considered “the craft beer capital of America.” Visitors can get behind-the-scenes tours at many suds spots and grab a nosh from a nearby food truck. Those who need guidance on where to visit can take a cue from the San Diego Tourism Authority’s list of local beer pioneers. They include Karl Strauss Brewing, Stone Brewing Co., Ballast Point and Coronado Brewing. Hilton Garden Inn San Diego Old Town/SeaWorld Area not only provides an ideally located place to stay, but its on-site restaurant Verde Kitchen + Bar has offerings from Coronado Brewing and Alpine Beer, as well as nearby Ballast Point Brewing Co. 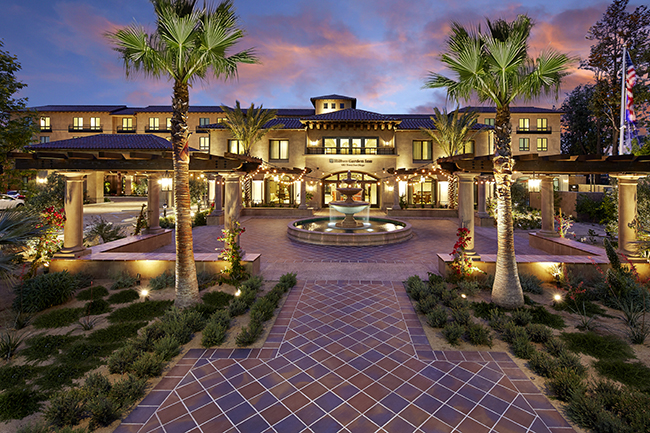 With the largest number of breweries per capita in the country, beer-making establishments are a main attraction in Maine. And Portland has more than its fill. Among its most well-known brewers are Allagash Brewing Co. and Shipyard Brewing Co. There are also dozens of others to satisfy a quaffer’s tastes. Hilton Garden Inn Portland Downtown Waterfront, in the historic Old Port District, is just a few minutes drive from the Austin Street Brewery, which serves up flavorful IPAs, pale ales and stouts. The hotel’s Port65 Kitchen & Bar is open until late-night for those who want to top off a busy day of brewery hopping with a nightcap.

This Wisconsin city — once home to Pabst Brewing Co. and other big-name brewers — has a deep beer history, as well as a thriving beer-producing present. Its celebration of beer goes well beyond the walls of local breweries and pubs: Milwaukee’s pro baseball team is named the Brewers in honor of the area’s beer-making heritage. Hilton Garden Inn Milwaukee Downtown is perfectly situated for those who want to spend the day sampling suds, as well as those who want to have a cold one while watching a Major League Baseball game at the nearby stadium. The on-property restaurant, The Social, serves beer from nearby businesses such as LakeFront Brewery and Good City Brewing, as well as an oldie but goodie: Milwaukee-made Miller Lite. 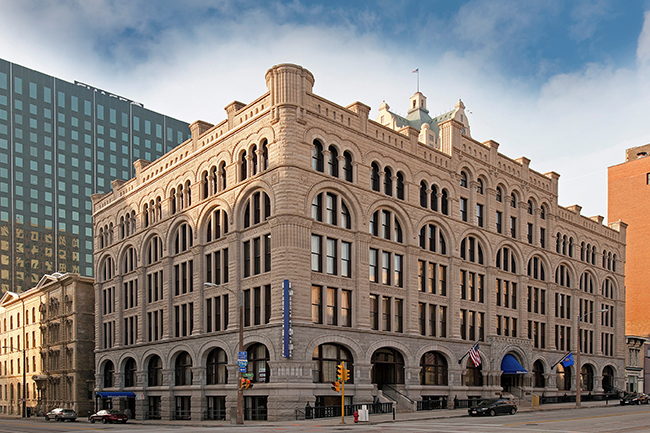 Boulder has a bountiful connection to beer. It was home to the first-ever craft brewery in Colorado, is headquarters of small and independent craft brewers trade group The Brewers Association and boasts the state’s first all-organic brewery, Asher Brewing Co. Those looking to sample the beer, beautiful scenery and outdoor activities that Boulder offers can find a prime home base at Hilton Garden Inn Boulder. Located in the heart of downtown, the hotel is a short drive from Asher Brewing, as well as close to nearby restaurants and shops with craft beer abound. 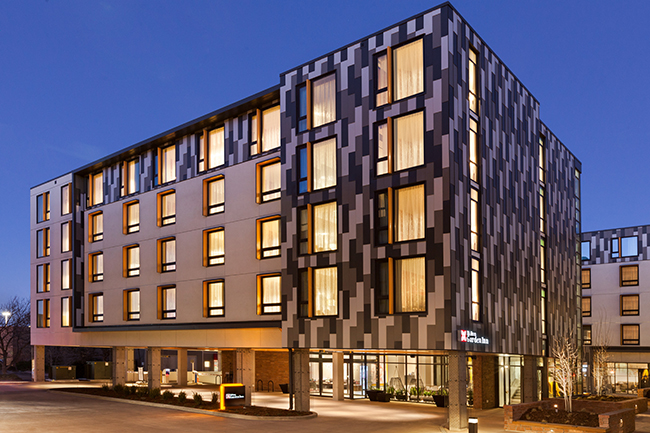 This mitten-shaped state is fifth in the nation in the number of breweries, microbreweries and brewpubs, according to the Michigan Economic Development Corporation. Grand Rapids, deemed “Beer City USA,” is a crown jewel on the state’s beer scene. From its famed Founders Brewing Co. to dozens of smaller players, there are plenty of options to keep hops lovers happy. There’s even a Beer City Ale Trail that includes potential stops at more than 80 breweries. Hilton Garden Inn Grand Rapids East provides conveniently located lodging. Snag a drink at the Garden Grille & Bar, which serves up different versions of Founders beer, as well as offerings from Kalamazoo’s Bell’s Brewery. 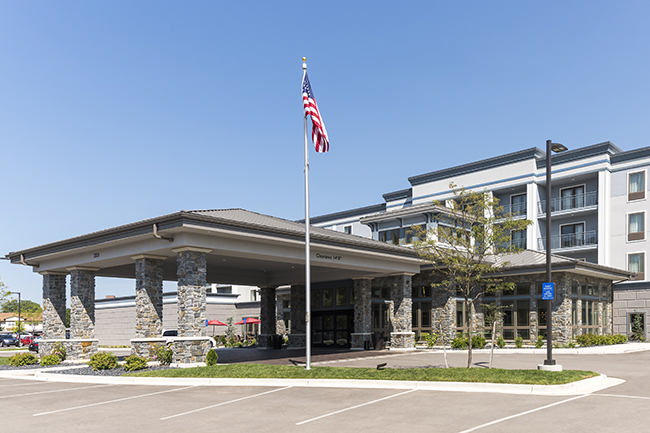 Hilton (NYSE: HLT) is a leading global hospitality company with a portfolio of 18 world-class brands comprising more than 7,000 properties and more than 1.1 million rooms, in 123 countries and territories. Dedicated to fulfilling its founding vision to fill the earth with the light and warmth of hospitality, Hilton has welcomed more than 3 billion guests in its more than 100-year history, earned a top spot on Fortune's 100 Best Companies to Work For list and been recognized as a global leader on the Dow Jones Sustainability Indices for five consecutive years. Hilton has introduced several industry-leading technology enhancements to improve the guest experience, including Digital Key Share, automated complimentary room upgrades and the ability to book confirmed connecting rooms. Through the award-winning guest loyalty program Hilton Honors, the nearly 146 million members who book directly with Hilton can earn Points for hotel stays and experiences money can't buy. With the free Hilton Honors app, guests can book their stay, select their room, check in, unlock their door with a Digital Key and check out, all from their smartphone. Visit stories.hilton.com for more information, and connect with Hilton on  Facebook, Twitter, LinkedIn, Instagram and YouTube.

The award-winning Hilton Garden Inn brand provides business and leisure guests upscale, affordable accommodations and modern amenities for an experience that is simply on another level. The Hilton Garden Inn Promise affirms the brand’s goal to make each guest’s stay better and brighter. Guaranteed. With 960 hotels in 56 countries and territories around the world, the brand ensures today’s busy travelers have a bright and satisfying experience, starting with the first hello. Experience a positive stay at Hilton Garden Inn by booking at hgi.com or through the industry-leading Hilton Honors app. Hilton Honors members who book directly through preferred Hilton channels have access to instant benefits. Learn more about Hilton Garden Inn at stories.hilton.com/hgi, and follow the brand on Facebook, Instagram and Twitter.