Hispanic Heritage Month runs September 15 - October 15. Chosen for its significance as the date of several Independence Days across Latin American countries, this month-long period is observed in the U.S. as an opportunity to celebrate the
histories, cultures and contributions of Hispanic citizens from Spain, Mexico, the Caribbean and Central and South America.

Hilton has deep roots in the Caribbean and Latin American region, dating back to 1949 when the hospitality company opened Caribe
Hilton in San Juan, Puerto Rico, its first hotel outside of the continental United States. Today, Hilton has a portfolio of more than 170 hotels and
resorts open and welcoming travelers in 25 countries across the Caribbean and Latin America, with Mexico touting one of Hilton’s largest portfolios.

To celebrate its Hispanic communities, Hilton is sharing cultural lessons, tips and traditions through one of the most popular shareable items: comida (food).

Food plays a significant role within the Hispanic community. It provides more than just nourishment; it brings people together and is an interesting way to share one’s culture and heritage with those from different backgrounds. The right
dish can remind you of home, tell a story, preserve family traditions or just provide a reason to gather around the dinner table. This Hispanic Heritage Month, celebrate with culinary creations from Hilton chefs across the U.S., Latin America and
the Caribbean and learn about the different cultures and heritage in a fun and tasty way.

For Conrad Punta de Mita’s executive chef, Victor Palma, cooking traditional dishes is about preserving the process
and respecting the vast variety of ingredients that have been staples in the Mexican diet for centuries. But more importantly, preparing dishes from his hometown is a way to bring back memories from his childhood in Mexico City. Tinga, a
chicken or pork stew served over corn tostadas, is a popular street food, an important food group that lays the foundation of Mexico’s culinary journey. The dish reminds him of dinners at home when his mom would prepare his dad’s
favorite meal for the family. The recipe is simple enough to make, but the key to any of his culture’s culinary traditions, Chef Palma says, is mixing so many ingredients into one dish that grandma is the only one who really knows it
all. “It’s well-known that if you really want to create an authentic Mexican dish, you have to pay a visit to your abuelita or tía to ask for the recipe,” said Chef Palma. 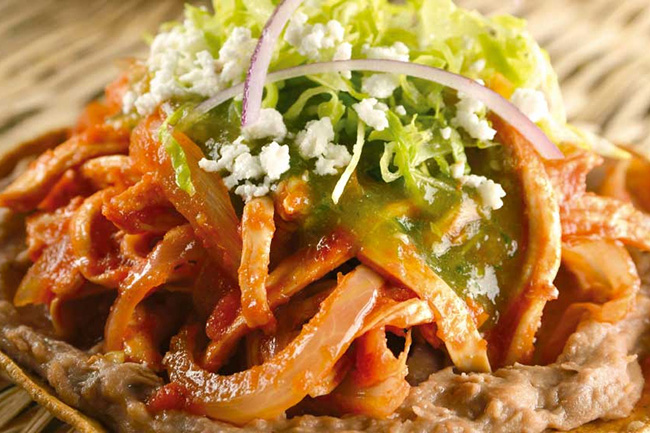 Originally from Venezuela, British Colonial Hilton Nassau’s executive chef, Janeth Rodriguez, is no
stranger to Caribbean flavors and dishes with a spicy kick. “Fosforera” Venezuelan soup is a Caribbean dish from the island of Margarita, Venezuela rich in phosphorus, hence its Spanish name. The popular coastal Venezuelan regional
dish is a fusion of sea flavors and local ingredients, and is often referred to as aphrodisiac due to the wide variety of seafood mixed in. For Chef Rodriguez, an important step in incorporating cultural dishes into her menu is knowing what
people like to eat in the region. “For example, here in the Bahamas, people love spicy seafood,” said Chef Rodriguez. “That is why our matchbox has a touch of goat pepper to captivate the local palates.” 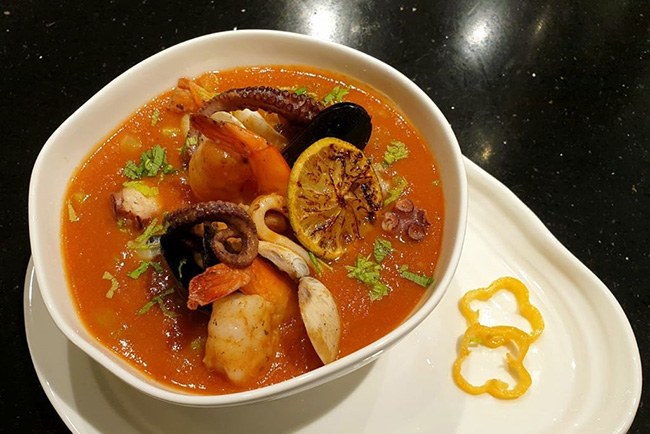 For Canopy by Hilton San Antonio Riverwalk’s Chef Art, San Antonio’s close proximity to Mexico plays a
big part in his ability to create new dishes that borrow from his Latin identity. “There’s a mix of nostalgia from my childhood in Mexico that influences how I cook each day,” said Chef Art. “I am constantly inspired by
Mexican culture and am able to incorporate it into our menu by using traditional and pre-Hispanic ingredients.” Cochinita Pibil, also known as slow-cooked, marinated braised pork, is a cultural staple in Yucatán, Mexico that Chef
Art describes as, at its heart, truly representative of his home country. 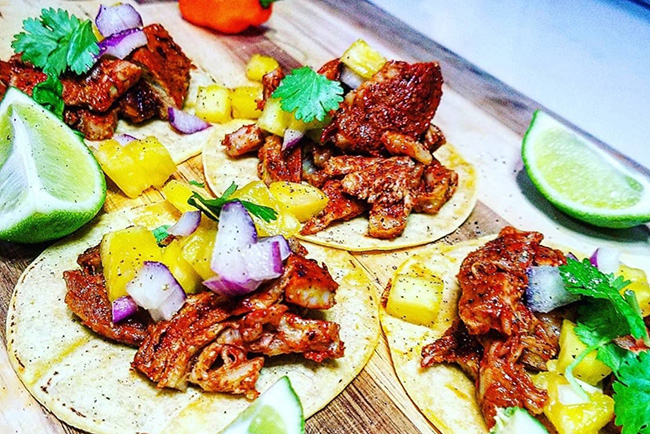 Originally created to commemorate Mexico’s Independence, Chiles en Nogada is a traditional dish that symbolizes the country’s national pride as it represents all the colors of the Mexican flag:  green, red and white. In this
version, Hilton Chicago’s Chef Garcia changed the ingredients to a plant-based recipe to give it his own personal touch.
Chef Garcia’s childhood was spent working on a farm with his parents in Fresnillo Zacatecas, Mexico and his continued passion for gardening inspired him to create the hotel’s rooftop garden & apiary, the Windy City Harvest farm
plot and in-kitchen micro-green lab. These initiatives provide a sustainable harvest for banquet events at the hotel and allow the expansion of the banquet menus to feature more plant-based recipes like Chiles en Nogada. 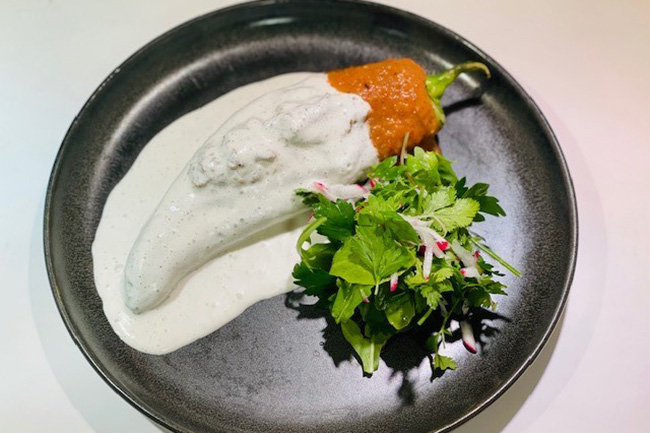 Poc Chuc is a Yucatán recipe made with traditional ingredients from the region including “Cerdo Pelon Yucateco” (bald pig from Yucatán) marinated with sour oranges and recado blanco, a mix of both fresh and dry herbs
and spices, and accompanied by grilled tomato sauce, creamy avocado, tamed roasted onion and the optional “Salsa de Habanero” for those craving a hot chili kick. The dish was incorporated into the menu at Hilton Playa del Carmen by Executive Sous Chef Fernando Cervantes who was inspired by his hometown in the state of Yucatán, Mexico. Throughout his career, Chef Fernando has gotten to know,
learn about, and experience different types of cuisines from all over the world, and realized the need for showcasing hidden culinary gems that often go unnoticed. His goal is for every patron to get a chance to experience the richness of the
authentic flavors from his youth in his little town in Yucatán. 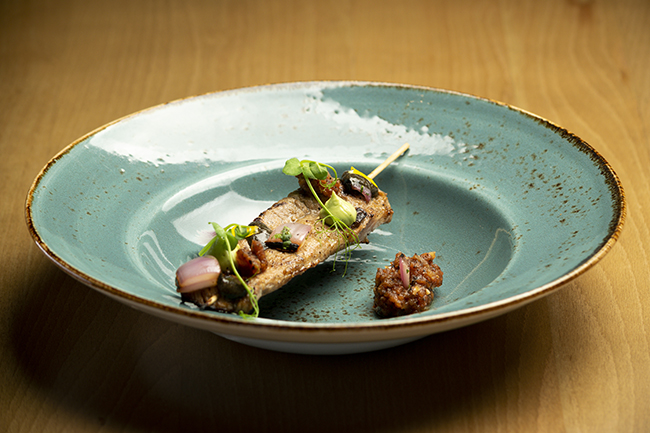 Stop by any Argentinian restaurant, supermarket or bakery and you’ll most likely come across this sweet vanilla and caramel flavored treat. It’s a dish that locals are familiar with and grew up enjoying as an Argentinian family
tradition. Although a simple dish, only with the correct mix of ingredients, and a well-executed recipe, can you successfully create this dish known for its ability to evoke fond childhood memories. But even more so, the tried-and-true
simplicity of the dish reinforces culinary values that Hilton Buenos Aires’ Chef Nari believes ring true even outside
of the kitchen. “It’s important to know the basics of pastry-making and maintain the essence of our traditions so we can evolve over the years without forgetting our roots,” said Chef Nari. 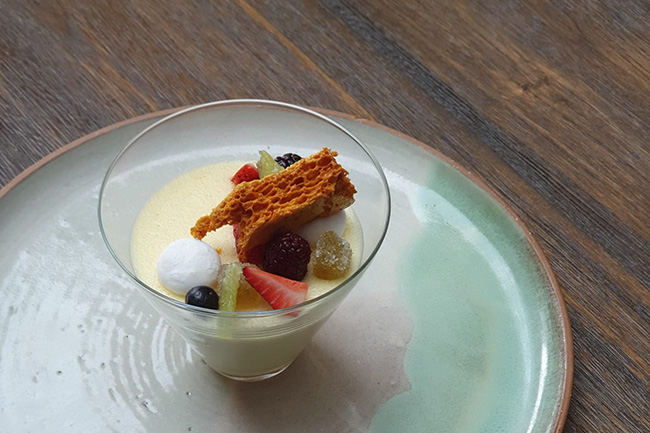 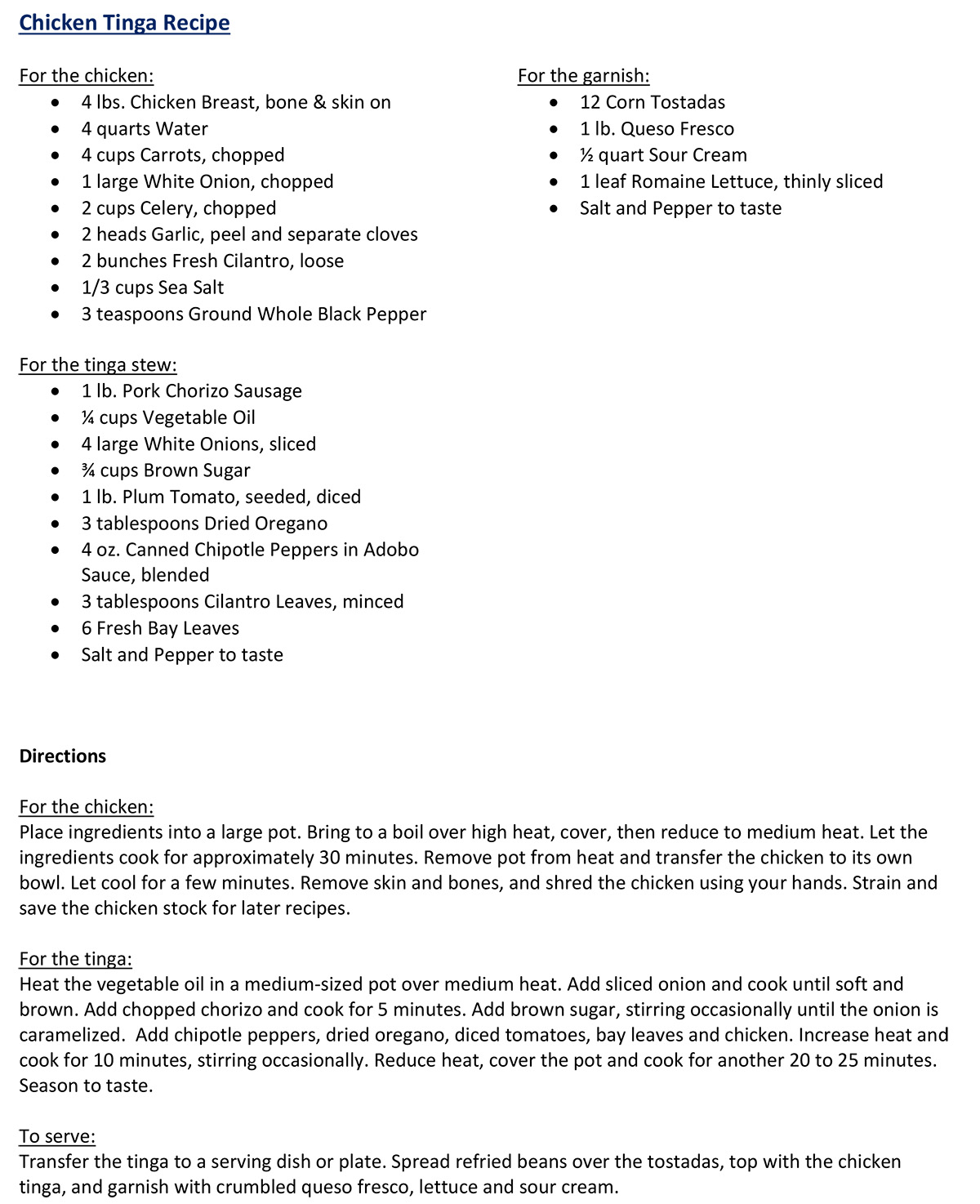 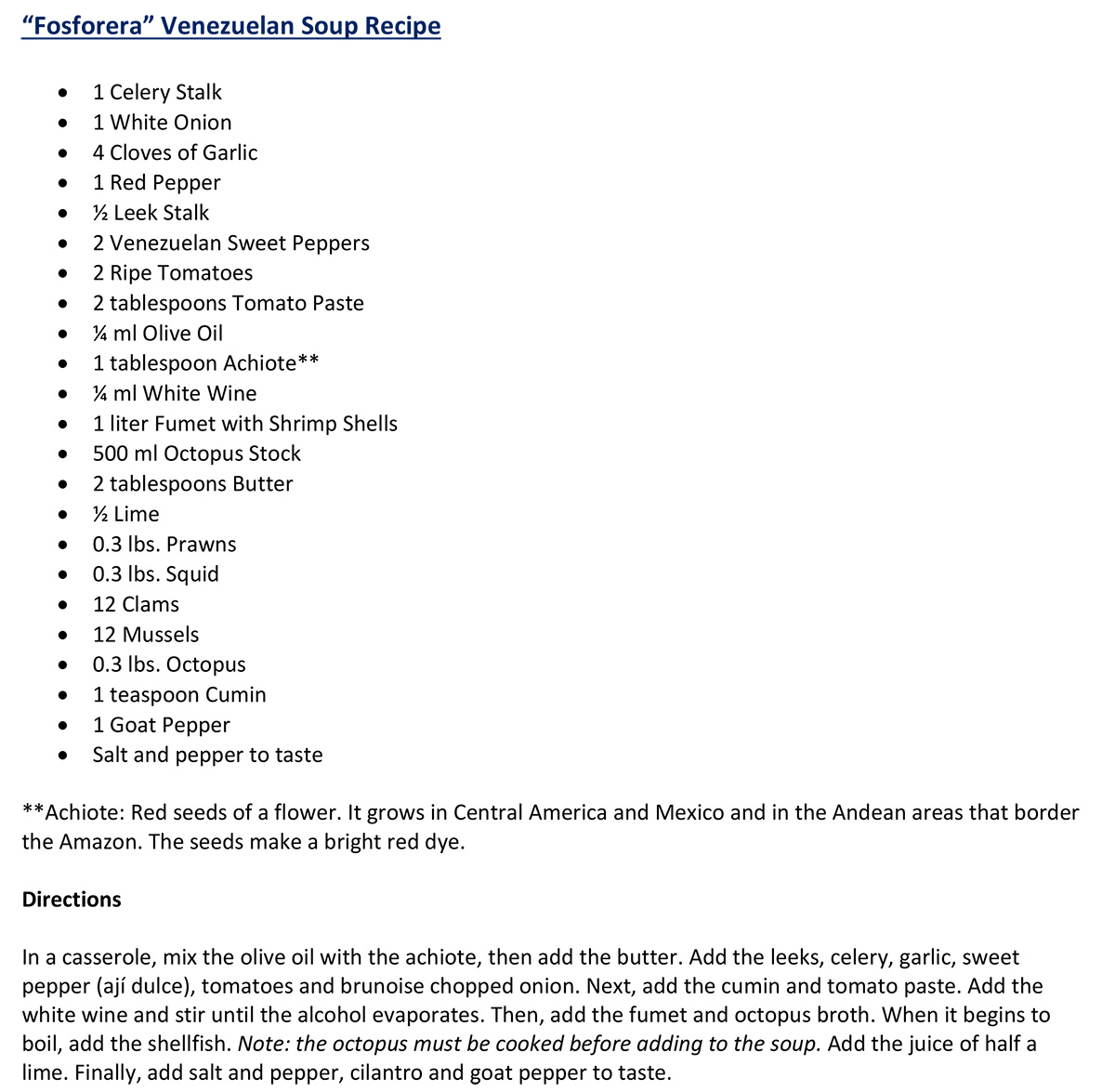 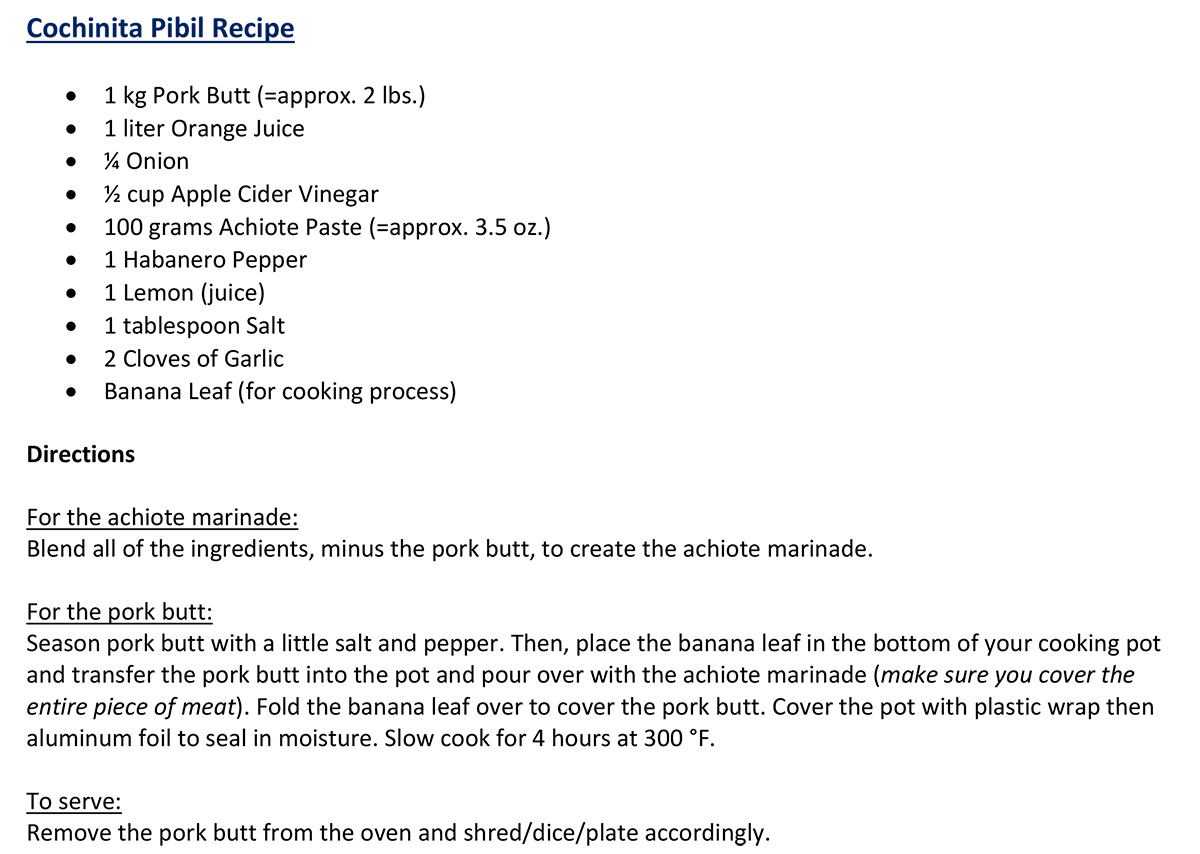 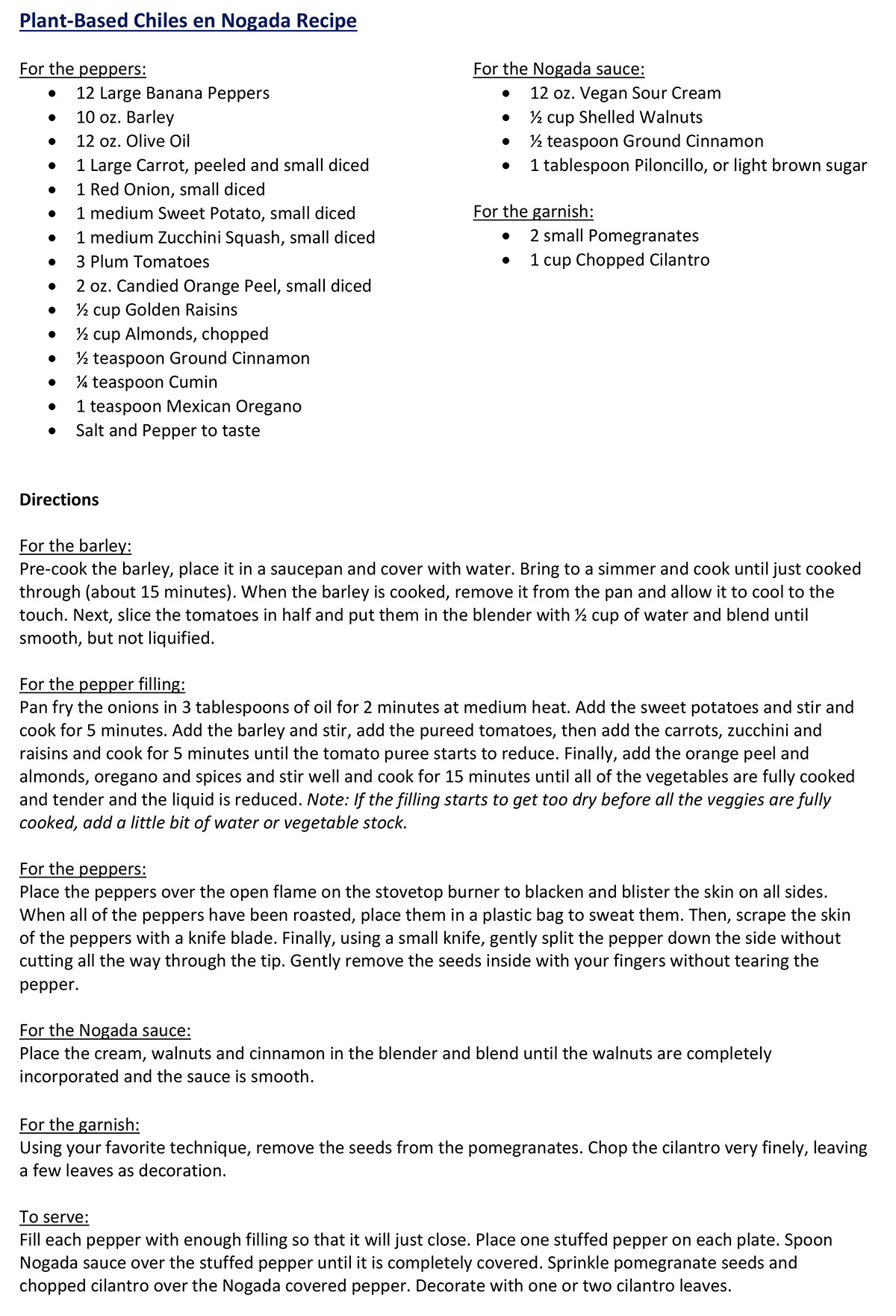 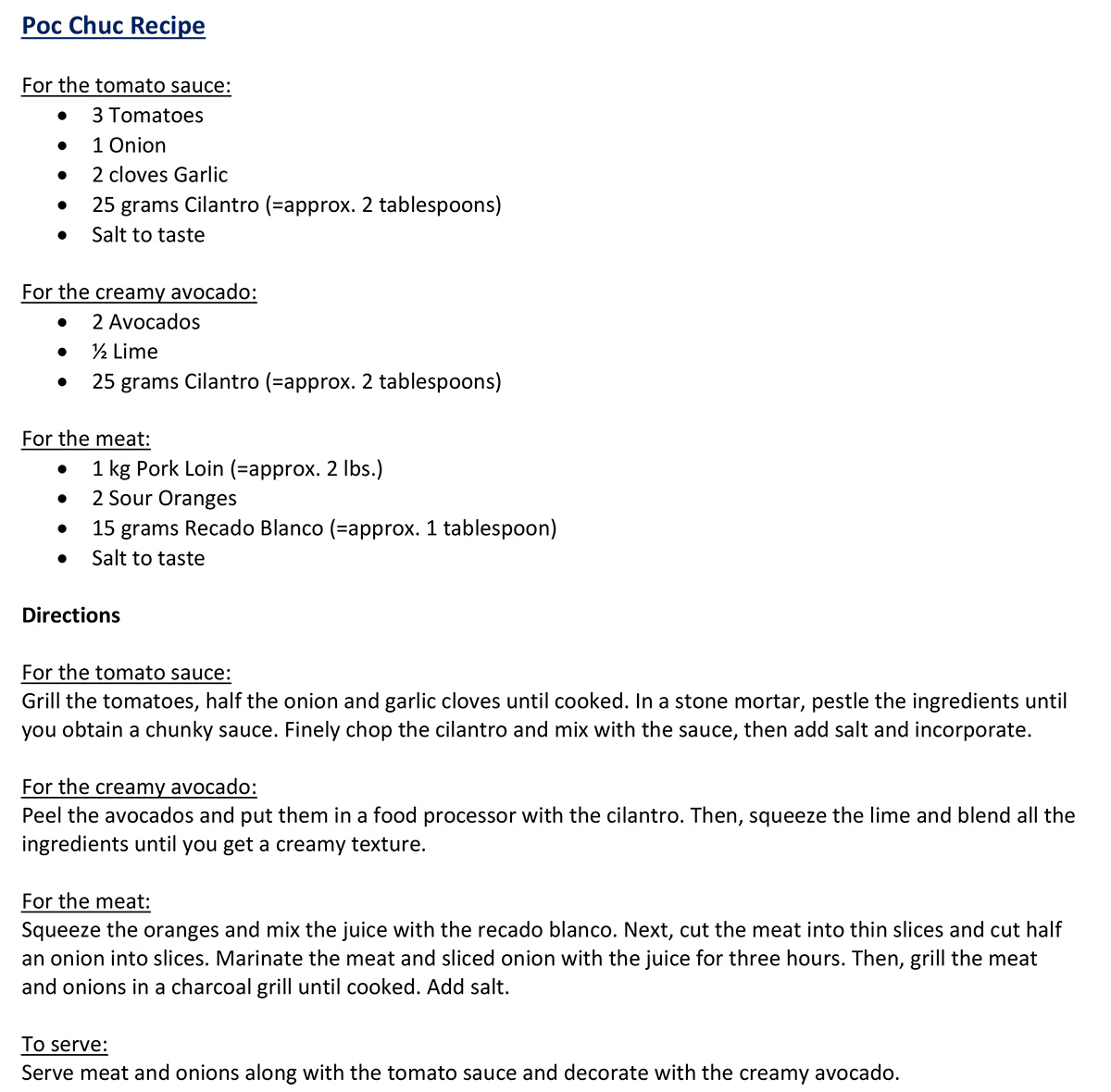 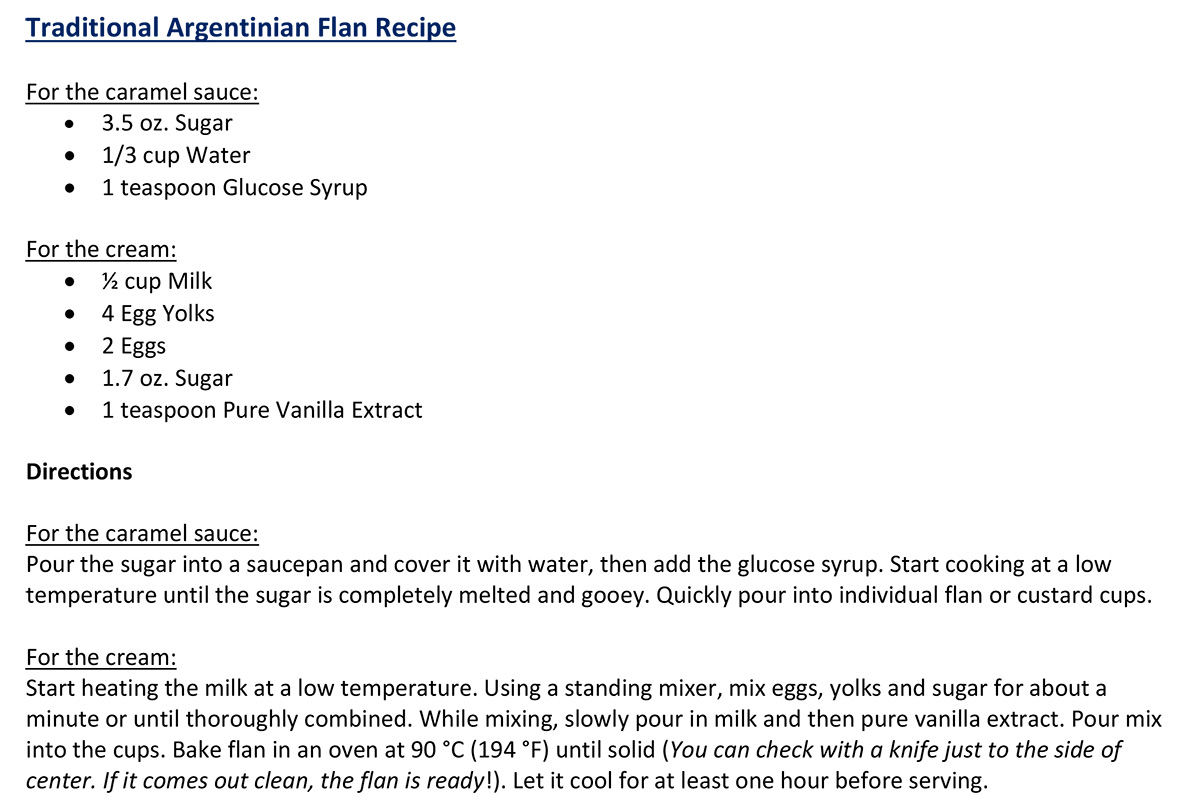